Ventura County has been in an ‘exceptional drought’ since July. Local water suppliers call the situation pretty dismal and climate change is making the situation even more precarious.

Augustine Godinez is standing on a walkway that extends over a large water storage basin. Below him, a huge metal arm swirls the water in order to separate the sludge out. What’s happening here is that wastewater is being recycled.

“Any time you take a shower or anytime the water goes down the sink, that water is coming to us,” said Godinez.

Godinez is the wastewater superintendent at the City of Moorpark’s reclamation facility. All of this city’s wastewater, about two million gallons a day, comes through this facility to be recycled. About 75 percent is used on golf courses and agriculture fields. The rest goes back into the ground.

“So we're not wasting anything here,” said Godinez.

Every drop matters, when the county is experiencing 'exceptional drought' — essentially when you look at the U.S. Drought Monitor map, it’s the most severe drought

The city of Moorpark is part of the Calleguas Municipal Water District. Other cities like Oxnard, Thousand Oaks and Simi Valley also get their water from Calleguas. It adds up to 75 percent of the county’s residents -- that’s over 650,000 people.

But that water supply is challenged. Tony Goff is general manager of Calleguas

“Over the last twenty years, we've really seen cutbacks that we had never seen before,” said Goff.

Goff says the situation is dismal right now for both water sources. First for the Colorado River.

“For the first time ever, there's been a drought declaration on the Colorado River supplies. That’s new,” said Goff.

And for the Sierras snowpack supply or State Water Project.

They're at five percent now and are anticipating the possibility of zero percent next year.

But Goff says the water district has prepared for this “not rainy day” with what he calls record storage. When the state started going into drought in 2020 they were ready, he says.

“We had storage in Lake Mead, storage on this state water system, storage and various banking programs and things like that,” said Goff. “If you're within our service area, your investment and our water is going to storage.”

So it means supply is not affected right now, but they are asking customers and cities to conserve in two ways — by decreasing water use by 15 percent. And they’ve also added money to their program which gives you up to $3 a square foot for replacing your lawn with turf.

Mismanagement and wastage in Ventura County

So for 75 percent of Ventura County there’s enough water in storage… for now. But for some of the other 25 percent it’s a different story, a story of mismanagement and wastage.

You might be surprised to learn that Ventura County has over 170 water agencies. Some are big agencies like Calleguas but others are really small.

Jeff Pratt is the director of the public works agency in Ventura County.

Pratt works on all sorts of projects for the county including bridges, roads, dams and water supply. He says it’s important to know where your water comes from because the governing boards are all making different water management decisions.

“The good case in point is El Rio. That's the area north of the 101 in the Oxnard area and there's probably eight or nine different water companies there,” said Pratt. “And one of those water companies until very recently was just doing flood irrigation.”

That means flooding agricultural fields with water. Pratt adds that the same company didn’t, until recently, have water meters. He says there’s also examples of agencies that have deferred maintenance on systems that are up to 60 years old. These old systems can lose up to 30 percent of water through leaky pipes.

This mismanagement can mean suppliers have no backup storage or poor water quality or they have to get water from others on an emergency basis.

And — as should be clear by now — every drop of water is precious, because the county is in an exceptional drought.

How climate change is putting even more strain on water supplies

You add climate change to that, it makes the situation even more precarious.

There’s no doubt that climate change is contributing to the drought and is impacting our water supply in Ventura County -- but first we need to remember how unique and unpredictable the climate is here.

Nina Oakley is an applied meteorologist and climatologist with the Center for Western Weather and Water Extremes at Scripps Institution of Oceanography at the University of California, San Diego.

“So what's more normal for California is to go back and forth between wet and dry or somewhere between very wet and very dry, not to have about the same amount of rainfall each year,” said Oakley.

Oakley worked on a climate change assessment for Ventura County a couple of years ago. She also studies drought.

And the difference between a wet and dry year can literally just be a couple of big storms — what scientists often call atmospheric rivers — rivers of moisture in the sky that release huge amounts of water as rain or snow.

And with climate change things are about to get more extreme.

Oakley says when they look at the future we will be getting the same amount of rain but on less days, which translates to even bigger storms.

“We're tending towards getting more rainfall on the wet days,” said Oakley. “And research is showing an intensification or strengthening of those atmospheric rivers.”

And add on to that higher demands for water with a warming climate, higher temperatures and more evaporation. Oakley says that puts our area at higher risk for drought going into the future.

We’ve already heard that our reliable supplies of water are at risk. And that our climate is changing. Non-local water sources, like the state water project and the Colorado river, will likely become less reliable in future years. Where we get our water will likely change.

And that means we will need to innovate.

“So that's going to lead to different management procedures. You know, stormwater used to be considered an enemy and now it's a friend,” said Pratt.

“Our infrastructure doesn't match our hydrology. We've always had drought and flood conditions in California. Unpredictability has been a predictable thing, right? It's never been this bad, this drastic. So we either need to change our habits, change our infrastructure... get creative in some ways,” said Goff.

Some of these creative tools could include something called infiltration galleries which are horizontal pipes buried under the soil that collect runoff more efficiently. And there’s inflatable barriers.

Besides innovation, it is going to require political will — both locally and at the state level. 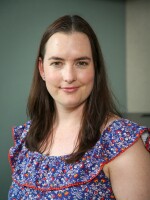