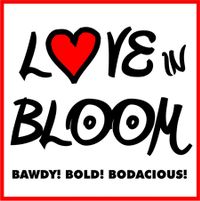 American Radio Network names it “Critics’ Pick of the Year!”
It’s the feel-good musical comedy hit of the decade, the bawdy, bold, bodacious Rudie-DeCarlo tribute to the wenches and rogues of the Bard – a “captivating” (stagehappenings.com) garden of a thousand and one theatrical delights insuring that all's well that ends as you like it.
You’ll laugh yourself silly in this tongue-firmly-in-cheek evening of theatre, replete with magic and mayhem, fops and fairies, mistaken identity, romance, humor, and mind-boggling feats of verbal and physical legerdemain.
The 8-member cast, in the renowned Actors’ Repertory Theatre commedia-carnival style, creates a host of over 30 characters, bringing to the stage all the stuff that dreams (and musicals) are made on.
"As homage to Shakespeare, master of pantomime Marcel Marceau, Commedia dell’arte and conventions of classical theater in general, it soars. And by the time the lights fade to black, you will not be able to fight the feeling that all you need is love.” UCLA Daily Bruin.
With complimentary pre-show wine and sweets included in price of admission, it’s the best theatre deal in down.
Written and directed by the award-winning creative team of Chris DeCarlo and Evelyn Rudie, Love in Bloom features members of internationally renowned Actors’ Repertory Theatre Patrick Censoplano (Fame) as the charming but most definitely wishy-washy Prince Hamelot, Rachel Galper (A Love Affair) as the lusty Lady Merrymount, Graham Silbert (Cinderella Topsy Turvy) as the rogue Frivolio, joined by guest artists Tara Brown (Bosch) and Cynthia Zitter (The Fosters) as long-lost sisters disguised as men disguised as women, and Zane Garcia (Blue Bloods) as the sweet monster Calabasas, with Rudie and DeCarlo as King and Queen of the Faeries. Music and lyrics are by E. Rudie with Matthew Wrather. Costumes are by award-winning designer Ashley Hayes, with choreography by Cydne Moore, lighting, video projections and special effects by James Cooper, sound design by The Attic Room. Production Stage Manager: George J. Vennes III.
Santa Monica Playhouse programs are supported in part by the City of Santa Monica and the Santa Monica Arts Commission, the Ahmanson Foundation, the Cotkin Family and Playhouse PALS.