These Short Stories Don't Have Much Plot — And That's Their Beauty

Queen of the contemporary short story Lorrie Moore once said, "a short story is a photograph; a novel is a film." The short story, like a photograph, lets you look at something familiar and have a newly satisfying experience of it. It lets you pause at, say, a poorly-framed, overexposed image of a banal object like an armchair and appreciate that it's frayed, and a pleasing mustard color. That it belongs to someone who thought to document it. That beyond the chair lies a whole world. You do not need a plot that will carry you through a consistent world. Instead, you're satisfied if the snapshot, overexposed and off-center as it is, offers you a tender moment of observation.

The book's tiny moments are what create layers atop the unexceptional: a haunting description of spring from "Security Questions" that contains the sadness inherent to the passage of time:

It's the beginning of spring, when half the trees are still cold and skeletal and half are bursting pink — cherry trees covered in down, magnolias dropping satin tongues all over the sidewalk. One year, Georgia was caught off guard by the changing of the seasons: she looked up and everything was heavy green. Ever since, she has vowed not to miss it.

The book is filled with these kind of details, the ones that make up the world — both the vivid and the mundane: "fingertips glistening with calamari grease," "lipstick the color of an open wound," coffee with skim milk in it "watery, almost blue." With Sestanovich, the everyday is a little shinier.

Plot does not anchor or propel ... 'Objects of Desire.' It isn't of much interest here.

In "Annuciation," the first story of the collection, Iris has an abortion. Not dramatically or even really noticeably. The night before college graduation she sleeps with a virgin, Ben. In one paragraph she is pregnant, crying to her friend Charlotte in her childhood bedroom. The next, Charlotte's parents have paid for the abortion. The incident is simultaneously omitted and central. Other women in the stories also bump into their fertility and the reality that their bodies (for better or for worse) can create another human. In "By Design," the narrator, Suzanne, had a miscarriage when her son Spencer was two. "She knew this wasn't extraordinary — later, she looked up the statistics — but there was more blood than she expected." It's not the loss itself that's extraordinary, but the way Sestanovich is able to capture the predictability of loss and of what it means to be someone with a body. Fertility, in all the ways it looms, serves as a reminder that things are outside our control, even and maybe especially, our own bodies. That a body can or cannot create another human is beyond us. How it sustains or rejects life is out of our hands.

Along with questioning their own bodies, the women in the collection question memory — which memories can they claim as their own? How will the present be remembered? Do they remember accurately? In Sestanovich's clear prose, these questions are subtle, soft, and casual. In "Wants And Needs," Val questions if her memories are trustworthy after she tells her pseudo stepbrother, Zeke, that her roommate is from a "famously wealthy town in Connecticut'' and that the family's master bedroom includes not only a urinal but a bidet as well. When Zeke starts sleeping with her roommate and spends the weekend with her in Connecticut, he says he hasn't seen the urinal or bidet yet:

After that, Val doubted herself. Maybe the urinal was a rumor. She sat in front of her portable fan until her cheeks tingled, wondering how many of her memories could be corroborated by reliable witnesses. How many were hers alone?

The joy here is in the very serious question — can you trust your own mind? — paired with the ridiculousness of the memory that has prompted this question: a urinal. Sestanovich's humor is subtle and earnest. Her characters take it all quite seriously but in the ways we all do. Consumed by our own worries, sure they are of great importance, when in reality, sometimes they come down to the toilet.

... this is what makes Sestanovich's world dreamily distant — characters read through slush piles of paper instead of electronic submissions and let important emails go unanswered for days. No one meets on a dating app.

The worlds of Objects of Desire cohere in that they are, for the most part, noticeably offline. The narrator in "Terms of Agreement" imagines a future in which she's lost touch with an ex. "By then, I won't know where you live and won't have a way of finding out. Even if I did: will mailboxes still exist?" That one could be untraceable in a world where people geotag their every meal, run, and vacation seems hard to imagine, but the narrator seems blissfully unaware of this (though aware that our postal system is in danger of extinction). But this is what makes Sestanovich's world dreamily distant — characters read through slush piles of paper instead of electronic submissions and let important emails go unanswered for days. No one meets on a dating app. This disinterest in the online world is subtle but Sestanovich has imagined a world in which her characters write their English teachers long emails instead of just stalking their Instagram.

At the end of "Security Questions," Georgia's relationship with her married, sort-of boyfriend Dana has not so much ended as expired. "Their texts are only logistical," and watching him leave her apartment, she "does not expect him to ever come back." Georgia, having contracted lice at work, also gifts them to Dana. While Dana's wife Debbie diligently combs through his thinning hair, a stranger at "Larger Than Lice" removes Georgia's new head friends. "Later at home, Georgia unfurls the braid. Her hair is kinked all over. She brushes it again and again, until it is alive with electricity, until it radiates out in all directions, quivering with static, the ridges throwing light in all directions, for no one else to see." Of course, someone does see — we as readers get to take this image of her glistening hair and want nothing more, totally satisfied with the close-up Sestanovich has created. 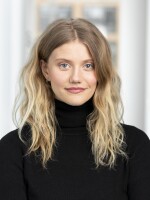